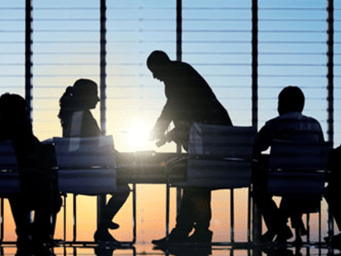 Repopulation of the Countryside: Can We Solve Poverty?

Repopulation of the Countryside: Can We Solve Poverty?

Everybody is moving to the cities. Why? Well, first of all, cities offer more career opportunities for people looking for employment. Cities offer more education choices for students. There are more things to do, more people to meet, all down to trivialities such as that there are more varieties of mustard in the supermarkets.

But as younger people are leaving behind their hometowns, those same hometowns are being hit with depopulation. As there are fewer residents, shops, restaurants, but also whole factories and industries are getting shut down. No people, no economy, it is as simple as that. This is happening on a global scale and not just affecting several countries.

What can be done to stop this trend? Is there a certain way to repopulate the countryside and give it a new chance?

When it comes to China, policy recognized the necessity of repopulating the villages and growing disparities between urban and rural areas.

Chinese government’s antipoverty efforts have been so far directed at securing basic necessities. Investments of more than $80 billion annually are planned for schools, clinics, and housing in rural China. If there can be a better quality of life in the countryside, there is hope that people would want to move back to their hometowns and leave behind the overpopulated big cities, including the capital.

Finding work can be tough in rural areas of China, but there are efforts to invest in modern farming. National food security is important, especially for one of the most populated countries in the world.

This European country took one of the hardest hits with the Covid-19 pandemic. According to the recent study published in October 2020, Covid-19 and rural landscape: the case of Italy by Mauro Agnoletti, Simone Manganelli, and Francesco Piras, there is a connection between Italy’s rural areas and a lower number of Covid-19 cases.

While there is still no definite answer to why this happened, few things are for certain: Italy’s countryside is less populated, there is less pollution, and the predominant industry there is farming and agriculture.

Even though there needs to be more research into the Covid-19 hypothesis, the southern regions are indeed less populated than the north of the country. Since the end of World War II, urban areas started blossoming, while the rest of the country was left behind.

How to bring people back? The first step is to build healthcare and welfare, to invest in education. Giving incentives to people to move back to the countryside in the form of a stable social system and plenty of jobs is another way.

The next step is a much-needed modernization. Investments in the technology and communication sector are most important since many villages do not even have Internet access. Sustainable development of Italy’s rural areas will help the country’s overall economy and solve the problem of depopulation.

Did you know that rural areas take up as much as 97% of the USA’s land? This vast territory is the main source of the nation’s water, food, and energy. Yet, many of these rural communities are left behind with no healthcare, no opportunities, and no future.

However, not all of the rural areas are in deep poverty. One shining example is Colorado’s North Fork Valley, which has transitioned from a coal-based economy into a more diverse one that engages in tourism, clean energy, and outdoor recreation.

Rural America’s challenges vary significantly. The dichotomy of rural-urban is not the best way when talking about the differences between these two categories of communities. Metro connection is of great importance to certain rural areas that are better described as urban. Each rural area has its own, unique set of systemic challenges, and putting them all under the umbrella term ‘rural’ would give them a great disservice.

Another important point when it comes to American rural areas is the necessity of expanding the talk to include all their residents. People of color, LGBTQ people, disabled people – they are all residents of rural areas, as well. Their problems also need to be discussed and solutions need to be offered to secure a better life for everybody.

Besides all these diverse problems, each rural community would, of course, strongly benefit from strengthening worker power and raising wages.

Tokyo, Osaka, Nagoya – those are Japan’s biggest and most populated cities. No surprise there since 93% percent of Japan’s population lives in urban areas. As their children are moving out for further education or better jobs, their parents and grandparents are staying in villages where there are no opportunities.

As Japan’s countryside is getting emptier, nature is prospering. There are instances of bears and wild boars running around and in a way taking back their territories. People are leaving, their houses and gardens are deteriorating, and slowly, but surely infrastructure is disappearing.

Another problem that is in no way unique for Japan, but which is more evident here is that the fertility rate is extremely dropping. Japan’s nation is aging and since only older generations are staying in rural areas, there are no newborns to repopulate the countryside.

A possible solution to the problems of lower fertility and depopulation of rural regions is to open Japan to immigration. Only 1.8% of the population is foreign-born. However, another problem arises. This country is very racially homogeneous which is the main reason for such a low percentage of immigrants. Also, as there are practically no work opportunities for the Japanese in the countryside, there certainly won’t be any work opportunities for immigrants as well.

What is the future for Japan’s rural towns? The gloomier one is slow disappearance. Yubari, a remote town, had to declare bankruptcy since it lost 90% of its population between 1960 and 2014. On the other hand, there are investments in certain towns and villages that are offering new hope. For example, a new community center was built in Minamiuonuma. The new local IT park is believed to lure young entrepreneurs who need cheap offices for their startups.

Now back to south Europe. Another country that has the problem of so-called “ghost villages” is sunny Spain. Northern Spain can boast its clean air and, unfortunately, cheap property. Migrations that ensued during the ‘60s and ‘70s were due to mechanization in agriculture which left an incredible amount of unemployed people. They headed towards bigger cities in hope of work and a better life for themselves and their families.

Paul Soto, from the European Network for Rural Development, said that Spain’s economic efforts are today mainly focused on tourism of coastal destinations, while other industries are neglected.

85% of Spain are rural areas, while only 20% of the population lives there, according to the European Association for Information on Local Development.

Building new infrastructure and repurposing the already existing one in rural areas is of big importance. Figuring ways of bringing people back is something on which certain organizations are already successfully working on.

The Living Villages Project is offering help to anybody who wants to move to the countryside. This organization provides support in finding the right property and making the move as painless as possible.

It can be said that it is only logical for Europe’s southern countries, like Italy and Spain, to face rural depopulation since these countries are one of the economically poorest. But, this presumption would be wrong.

Since the mid-1980s more than half of Sweden’s municipalities faced depopulation, according to the Central Statistics Office. Same old story; young people are leaving for cities since there are no secure or prospering jobs in their hometowns. This then leads to the weakening of purchasing power in rural areas, which also leads to the disappearances of basic services – no schools, closing of hospitals, fewer shops, fewer restaurants.

The disparity in quality of life between Sweden’s cities and rural regions is similar to other countries. A more extreme example is Åsele, a remote town up north, where its residents need to travel around 60km to pick up their mail.

The depopulation of the countryside is not just a local problem, it is on a global scale. Understanding why it happened and what were the main causes are the first steps towards finding ways to repopulate the rural regions.

From healthcare to education, there need to be supporting systems installed in rural areas for people to be interested in considering life in the countryside. Right now, many countries around the world, from Japan to Sweden, are experiencing the deterioration of rural areas. Considerable investments need to be made to breathe in the new life to the countryside.

Another challenge is the fact that fertility rates are hitting new lows each year and that the population in rural regions is aging without new generations to take over the infrastructure.

Rural regions are our sources of food and energy, and investing in repopulating the countryside would be investing in our future.

The world turned its back to the villages, but now it is time to assess this structural, economic, and societal problem and find the right way to revitalize the backbone of the world’s economy. 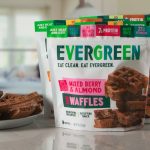